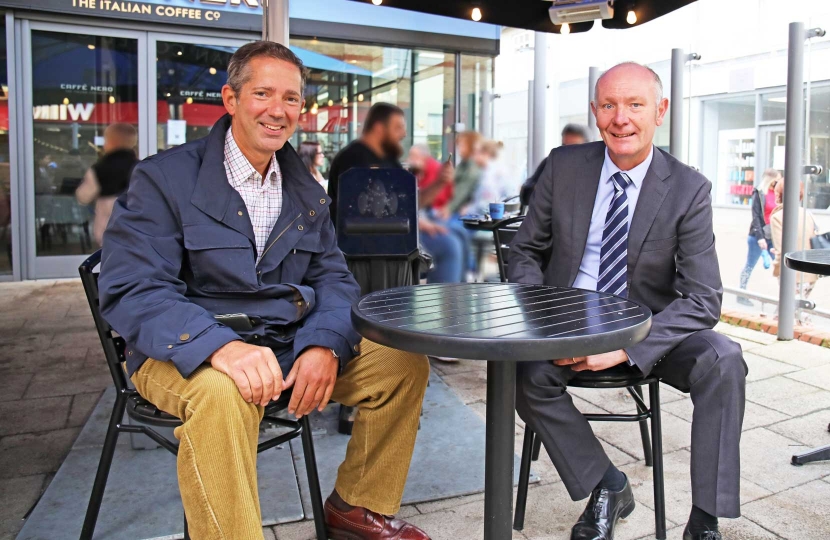 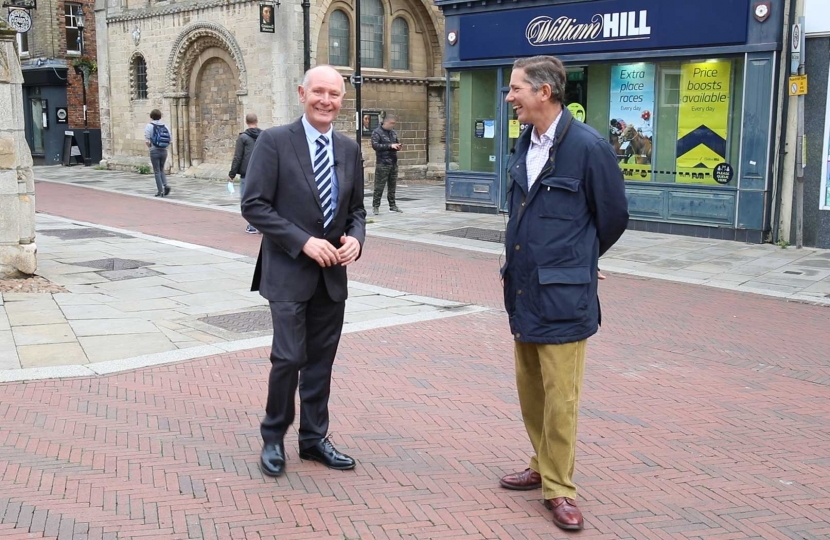 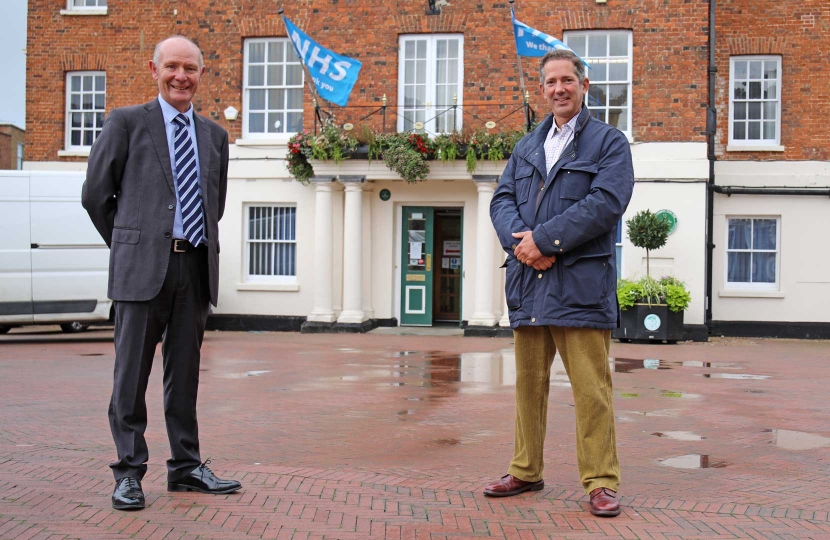 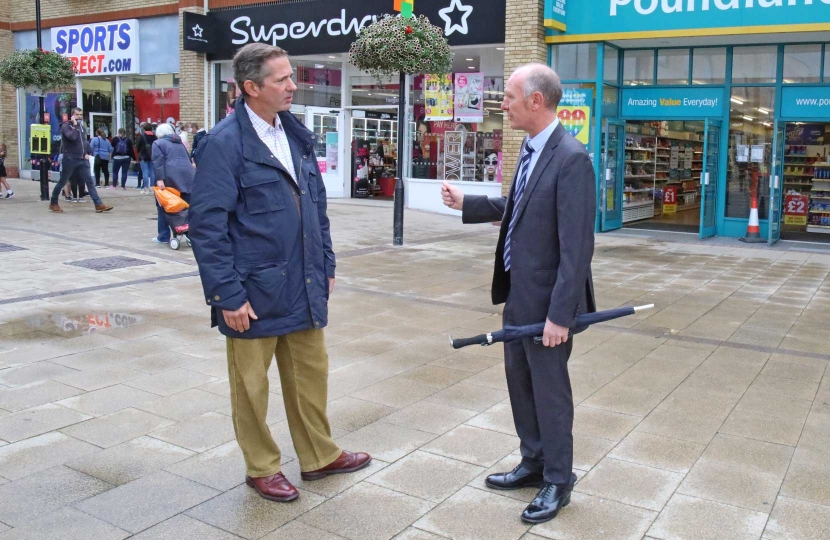 "Morning Jonathan.  Having worked for many years at the police headquarters just up the road from here, I know the area well.  But I wonder if you could tell me about some of the concerns residents in your constituency have in relation to law and order and policing."

"Darryl – welcome back to Huntingdon!  As you know, there are three market towns in my constituency: Huntingdon, St Neots and St Ives – and not forgetting Godmanchester, a fourth technically.

"The issues we face are similar: theft, particularly petty theft from shops; robbery from people's homes, although in recent times I'm glad to see that has fallen; drugs, especially county lines drugs offences – as with the rest of the country, there has been an upswing of drugs offences locally and it's been good to see the police cracking down on it over recent weeks.

"And then rural issues – hare coursing, theft from farmers' properties and in market towns licensing issues and disorder on Friday nights, the sorts of things people would know about.  But cumulatively that can upset people's lives if they're not contained."

"Indeed – when I've spoken to residents across the county and in Peterborough, the thing I hear time and time again is residents wanting to see more police officers, more visibility of police on our streets in towns, cities, villages and rural areas.

"So if I am elected, the priorities within my police and crime plan would focus on those concerns and doing more to combat drugs and county lines."

Crack down on petty crime

"I know very well from my time in policing that organised criminality manifests itself as petty crime – it needs to be cracked down on, because those affected by petty crime are often really upset and concerned about it.

"To make this work, we need more police officers.  We're fortunate that in the past three years, with a Conservative administration, we have seen around 185 extra police officers in Cambridgeshire."

"Absolutely – to increase the numbers of police over the last few years has been a great achievement."

"Yes, quite a local achievement, although some other forces have failed."

"They will – but we can do better and we can do more: if elected, I would like to set a target for the Chief Constable that over the next three years for 200 more police officers."

"Given that the government has committed to 20,000 police officers nationally, we would expect our fair share here in Cambridgeshire and Peterborough – more police officers across our county, reducing crime and keeping us all safe in our communities."

"Thanks very much for talking to me."

Jonathan Djanogly, MP for Huntingdon in Huntingdon, with Darryl Preston, Conservative candidate in the Cambridgeshire and Peterborough Police and Crime Commissioner election in May 2021.

Second photo:  Near the Cromwell Museum in Huntingdon

Fourth photo:  By the Chequers Shopping Centre in Huntingdon.