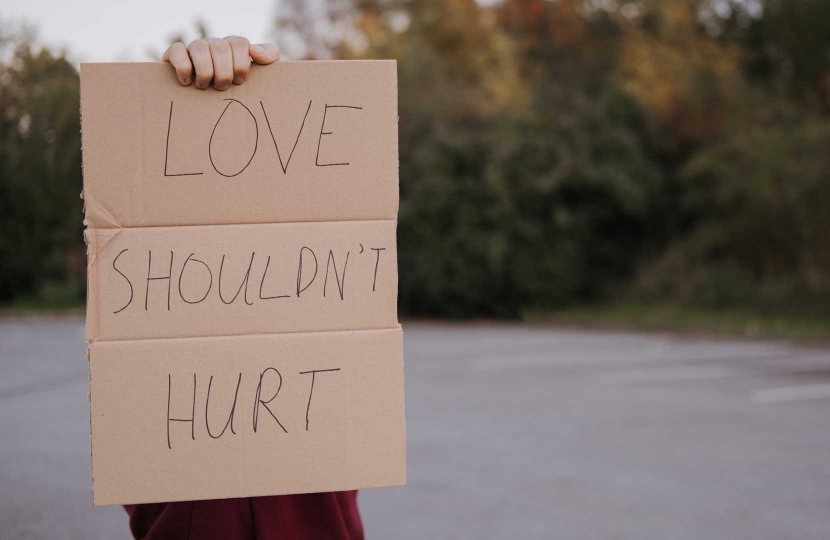 Much has been done in recent years to reduce domestic abuse – and rightly so.

But still it goes on – Darryl Preston's intention to #GetCrimeCut in Cambridgeshire and Peterborough includes a specific eight point plan to combat domestic abuse.

I have not been a victim of domestic abuse and was raised in a loving home where violence and abuse of any kind was simply not tolerated.  As a husband and parent I hold those same values.

I have witnessed some of the very worst of human nature, whereby a person is abused by the person they love and should be loved by in their homes – the place where we should all be safe.

A quote to remind us of old attitudes

Much has been done in recent years to reduce domestic abuse – and rightly so.

When I worked in the Domestic Abuse Team in Cambridge, we kept a quote on the wall to remind us, as if we needed to be, of the importance of protecting people, both women and men, from domestic abuse.

Many years ago, when challenged about the capital’s high murder rate, a former Police Commissioner of the Metropolitan Police said:

‘It is not as bad as it seems when you consider many of those murders are domestics.’¹

In our view it was worse, for it seemed as many could, and indeed should, have been prevented with the appropriate interventions.

Although the multi-agency response to domestic abuse has improved and significant strides have been made in reducing this crime, around 2.3 million adults – women and men – suffered abuse last year.  That is almost certain to rise this year due to the pandemic.

But the most troubling figure is that an average of more than two women die each week as a result of this crime.

This is simply not acceptable.

The government has recognised this with a significant investment up and down the country, with £76 million last year and an additional £125 million this year to local councils for safe accommodation and support, with an extra £40 million fund to support victim services.

Cambridgeshire and Peterborough have benefited significantly from this substantial funding having been awarded over £1.5 million.

We will also see new legislation.

If elected, I will…

I am passionately committed to reducing domestic abuse and supporting victims. If elected, I will:

1.  Recruit many more police officers to respond to and investigate domestic abuse cases.

3.  Introduce electronic tags with GPS tracking devices for perpetrators of domestic abuse and related offences – including stalking, harassment, physical abuse, sexual abuse and coercive control – on perpetrators released from prison to protect victims and address the behaviour of offenders.

4.  Invest in awareness campaigns and support work with children and young people to change attitudes to domestic abuse.

6.  Support the police in the use of prevention of domestic violence protection notices and orders to protect victims.

7.  Ensure support is available for ‘harder to reach’ communities, including in rural areas and BAME groups.

8.  Listen to those impacted by domestic abuse and, working together, be willing to try new ways of reducing this crime.

¹ To the best of my recollection.

Darryl Preston: "If elected in May, and as part of my eight point plan to help combat domestic abuse, I will introduce electronic tags with GPS tracking devices for perpetrators of domestic abuse and related offences – including stalking, harassment, physical abuse, sexual abuse and coercive control – on perpetrators released from prison to protect victims and address the behaviour of offenders."