Protest by all means – but stay within the law 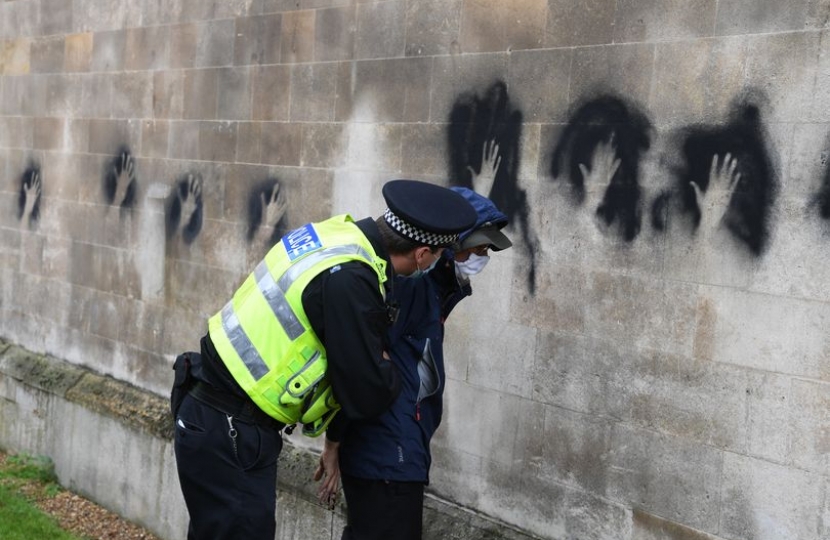 Comment by Darry Preston on the Extinction Rebellion 'oily hands' protest in Cambridge on 28th August 2020.

I have previously stated I support the right to lawful protest and free speech.

I furthermore support the campaign to reduce our carbon footprint and prevent climate change.  However, along with most law abiding citizens of our county, I do not support those who blatantly break the law and cause misery to our communities under the banner of a ‘good cause’.

We have once again witnessed criminal acts carried out by Extinction Rebellion (XR) in Cambridge this weekend, spray painting walls of iconic buildings and disrupting residents and visitors to our wonderful city.

This is criminal damage – against the law – and must not be tolerated.

I am pleased to see Cambridgeshire Constabulary has acted swiftly in arresting eight people, charging six with criminal offences at this time.

Now we must hope the criminal justice system applies appropriate sentences to punish those responsible and deter others.

A few hundred pounds in fines, as we saw handed out to those Extinction Rebellion protestors found guilty of offences last February, does not seem to be sending the right message, given the organised nature of these crimes and the significant impact on our communities.