Sex offenders should have a lengthy custodial sentence, to punish and deter 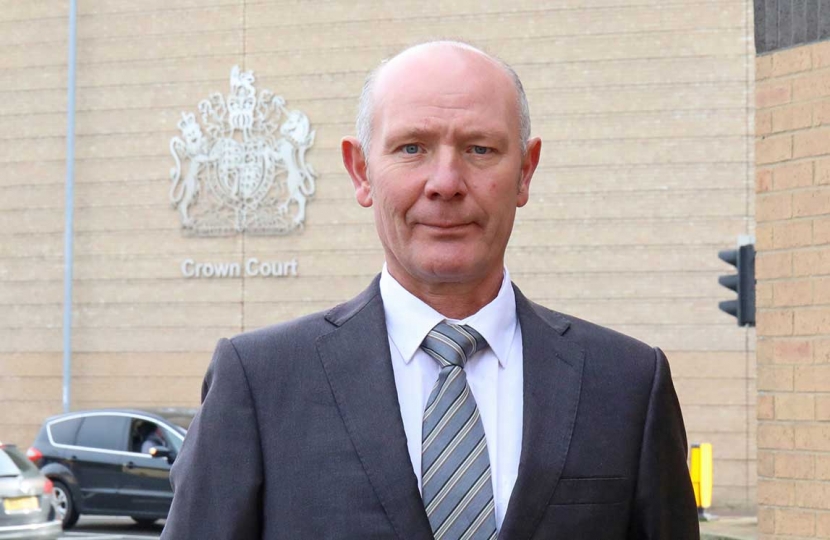 Back in 2003, I was a detective in the child protection department of Cambridgeshire Constabulary’s Southern Division at Parkside.

Most of our time was spent investigating child abuse, often at the hands of family members or by persons known to the children. However, something different was coming more and more to our attention: the internet – and that child sex abusers were using it.

I realised even then these were not just images.  They were real children, often being horribly sexually abused, including rape and torture.  Boys and girls of all age groups were victimised, including babies.

We began to prosecute offenders, those seeking sexual gratification at the misery of children, mostly adult males, often in professional employment with access to children – and yes, even police officers.

The courts seemed to take these offences very seriously with custodial sentences being the normal, despite ridiculous defences such as 'accidentally' downloading thousands of child abuse images and 'accidentally' putting them in a saved file.

In addition, we instigated child protection measures with social services, particularly when the offenders had their own children.

There were some who sought to minimise this crime, and I am not just talking about offenders.

One point of view is that viewing child abuse images is far better then actually abusing children, and there was no evidence that they are a real danger to children.

That is not my view.  Those who seek sexual gratification by viewing children being sexually abused, and indeed videos which are now sometimes live streamed, are a significant risk to all children.

But here is my main point – they have already committed a hideous crime.

By viewing child abuse they are in fact creating the ‘market’ and must take responsibility for each child that is being harmed and scarred for life.

Jail to punish and deter

I am therefore disappointed when I far too often see headlines in our local papers, which back in 2003 would have been national news, ‘paedophile caught with indecent images of children escapes jail’.

Yes they will go on the sex offender list and be monitored and not be able to work with children, and I applaud and support the efforts of those monitoring and safeguarding.

But really, for the crimes they have committed, the default position should be a lengthy custodial sentence, to punish and deter.

Surely we owe that much to the victims, who will suffer for the rest of their lives.

Darry Preston, the Conservative candidate in the Cambridgeshire and Peterborough Police and Crime Commissioner election in May 2021. He served as a detective in child protection and is disappointed with the lenient sentences often handed down to sex offenders.