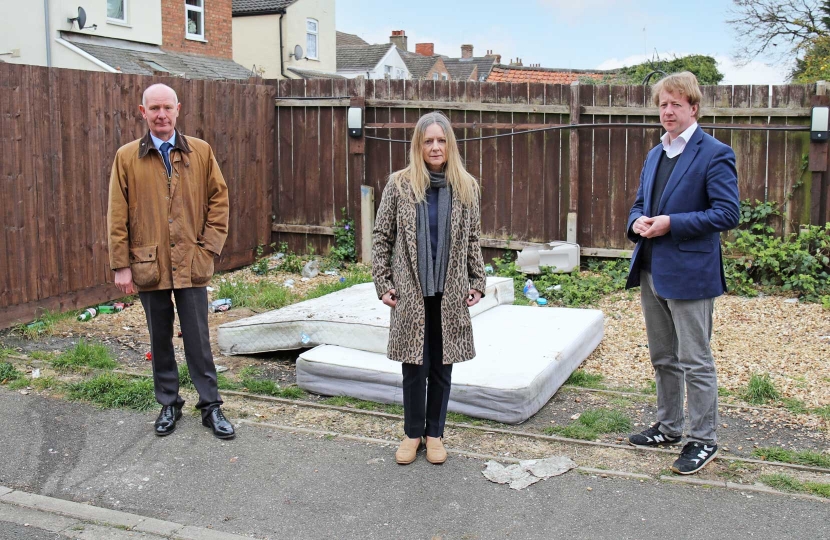 Fly tipping is a criminal offence – did you know it can carry a sentence of five years imprisonment and a £50,000 fine?

And because it's a crime, Darryl Preston's intention to #GetCrimeCut in Cambridgeshire and Peterborough includes a specific six point plan to tackle fly tipping.

Fly tipping a scourge in our cities, towns and rural areas. At worst it can have a detrimental impact on health; certainly it has an environmental and financial impact on law-abiding citizens – it can cost anywhere from £10,000 to £500,000 to clear a single site and criminals often return once a site has been cleared, repeating the cycle.

In addition, there have been several cases of fly tips being set on fire in residential areas, causing a significant risk to our communities.

Fly tipping is a crime – it’s anti-social and is totally unacceptable.

Last year there were over 11,000 reported incidents of illegally dumped rubbish in Cambridgeshire and Peterborough – that’s 31 every day.

In most cases the local council foot the bill for clear up operations – but when this crime occurs on private land, it becomes the landowner’s responsibility, by law.

Though some incidents of fly tipping are down to the selfishness of a few individuals, many are committed by unscrupulous criminals cashing in at the taxpayers expense and often involved in other crimes.

The government has recognised serious organised crime gangs are involved and set up a national Joint Waste Crime Unit (JWCU), bringing together all law enforcement agencies, including the police, to crack down and bring offenders to justice.

Some people have suggested to me fly tipping is not a police matter. However, I am standing to be the Police and CRIME Commissioner whose top priority should be to listen to the concerns of residents and businesses and act upon them.

I have listened – and time and time again, residents in Peterborough and throughout Cambridgeshire are telling me fly tipping is a major concern.

More needs to be done to tackle this menace with the introduction of a zero tolerance approach to those who choose to flout the law, along with exploring preventative measures.

If elected, I will…

2.  Provide funds for covert cameras to be deployed in hotspot areas.

3.  Set aside funds from assets seized from criminals to support private landowners financially in the removal of illegally dumped waste.

4.  Work with councils to promote a Zero Tolerance campaign.

6.  Consult the Chief Constable on what support the police can offer to councils in investigating the most serious of cases and responding to ‘crimes in action’.

In a clampdown on fly tipping, Peterborough Conservatives have pledged to re-introduce free bulky waste collections if they retain control of Peterborough City Council after the local elections on 6th May – even though they brought in the charges 12 years ago.